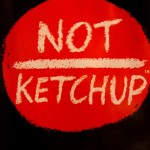 Blueberry Not Ketchup My fellow food blogger Erika Kerekes of In Erika’s Kitchen has taken a huge leap and opened her own line of gourmet sauces called Not Ketchup.  Her wonderful Not Ketchup sauces come in three distinct flavors—Cherry Chipotle, Smoky Date and Blueberry White Pepper.  Right now they are available in a number of specialty stores in Los Angeles and if you're … END_OF_DOCUMENT_TOKEN_TO_BE_REPLACED 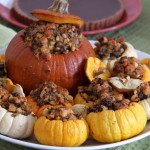 I'm sure there are of few of you out there that still are undecided as to what you're going to include on your Thanksgiving menu.  Fear not.  Here's a list of some fool proof, time tested and delicious options for your Thanksgiving table. Start with this wonderful appetizer--Parmesan Fried Cauliflower.  This is a real crowd pleaser.  Plus it's light, crunchy and will leave … END_OF_DOCUMENT_TOKEN_TO_BE_REPLACED

I have been making this turkey since 1999. I was a relative newcomer to LA and still had a subscription to New York Magazine. The LA food scene was beginning its ascent, but I was of the belief that New York possessed the food edge, hence my reluctance to give up my life line to the city. The November 1, 1999 issue of New York is filled with wonderfully delicious recipes. In … END_OF_DOCUMENT_TOKEN_TO_BE_REPLACED